India is home to a large number of diverse culinary traditions, each taking advantage of different ingredients available across the Indian subcontinent. There are many kinds of Indian foods and Indian cuisine has contributed a great deal to world culture. Spices native to India like cinnamon, black pepper, ginger, and capers fueled the spice trade between historical civilizations in Asia, Africa and Europe. These spices are now commonly available in supermarkets worldwide, which helps to explain why Indian cuisine is so popular around the globe. Sampling Indian dishes offers the chance to encounter more exotic Indian spices like garam masala and turmeric.

You don’t need to travel the world to experience some of the best of Indian cuisine, although you can certainly travel to India for a taste of the authentic cuisine. Many Indian curries and other dishes have become popular internationally and Indian restaurants found in even small towns worldwide. A typical Indian meal combines one of two curries with a side and dessert.

Most Indian curries are served with rice or traditional Indian breads like naan or chipatti. Indian cuisine is famous for offering many vegetarian options, but chicken, beef, goat and other meats are also very popular in Indian dishes. This list of famous Indian food dishes compiles some popular and delicious dishes native to India that you must try in your lifetime. 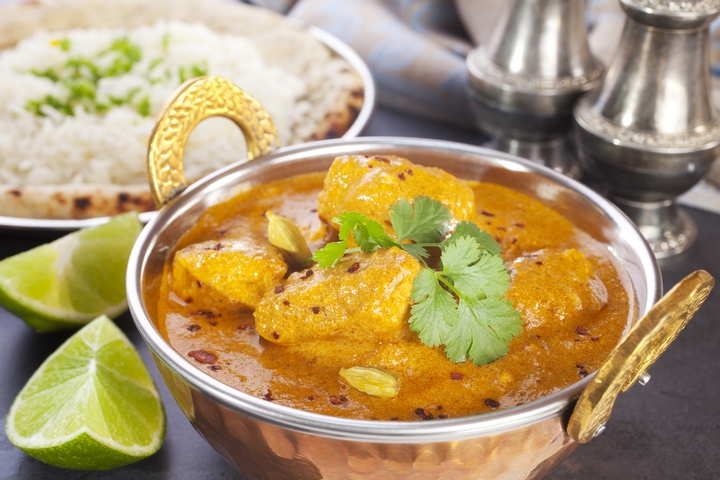 Also known as murgh mahal, this North Indian specialty is probably India’s most famous curry, both on the subcontinent and in Indian restaurants around the globe. Butter chicken consists of chicken marinated for hours in mixture of lemon juice, dahi (yogurt) and spices, served in a rich tomato gravy thick with butter and cream.

The chicken is most often prepared in traditional clay oven known as a tandoor. With such a famous Indian dish, there innumerable variations on butter chicken with different thicknesses, textures, spice-levels, and even methods of preparing the chicken, but the creamy smooth sauce is what sets this dish apart.

Dal makhani is a creamy vegetarian lentil curry that typically combines urad (black lentils), rajma (red kidney beans), butter and cream. Dal is the Indian word for lentils, which include toor, urad, chana, and masoor dal. Originally Punjabi, the dish has become one of the most recognizable Indian meals in the world. Dal makhani is incredibly versatile, serving as a meal unto itself, a side dish, or part of buffet serving (thali). 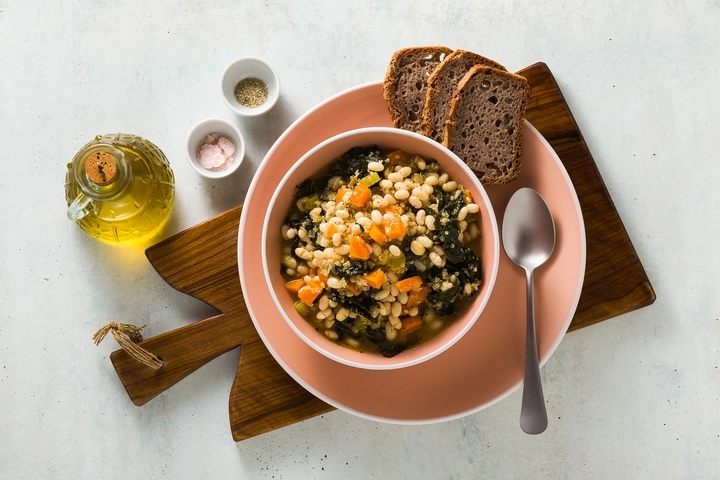 Palak paneer is a vegetarian dish consisting of cubed paneer (cheese) in a thick gravy made from puréed spinach and a mix of spices. Paneer is a cheese common in India. Paneer is made by curdling milk in an acid derived from fruits or vegetables. As such, it is not aged and will not melt when heated. Palak paneer is often available in canned food aisles of grocery stores. 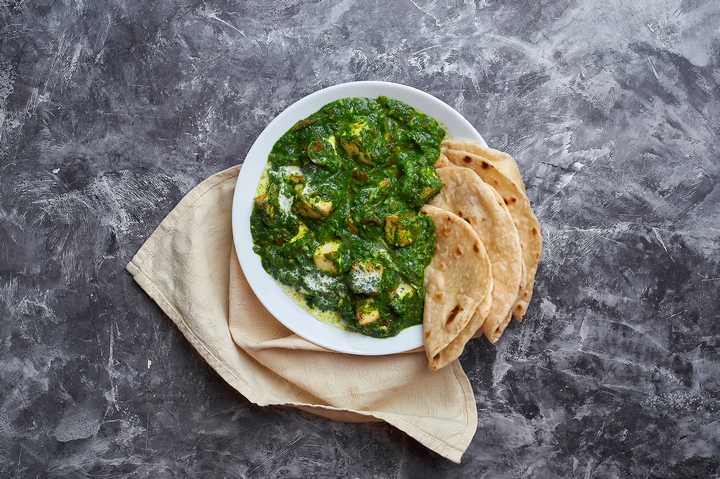 Aloo gobi is a popular vegetarian dish made from cauliflower and potatoes sautéed with a delicious combination of Indian spices, including garam masala, turmeric, garlic, ginger and more. The turmeric makes aloo gobi yellowish in colour.

Some recipes also call for the addition of kalonji (fennel flower) and curry leaves. Originally from Northern India, Pakistan, and Nepal, aloo gobi is served as a main course in many Anglo-Indian restaurants and Indian restaurants worldwide where it is served with rice or naan bread. 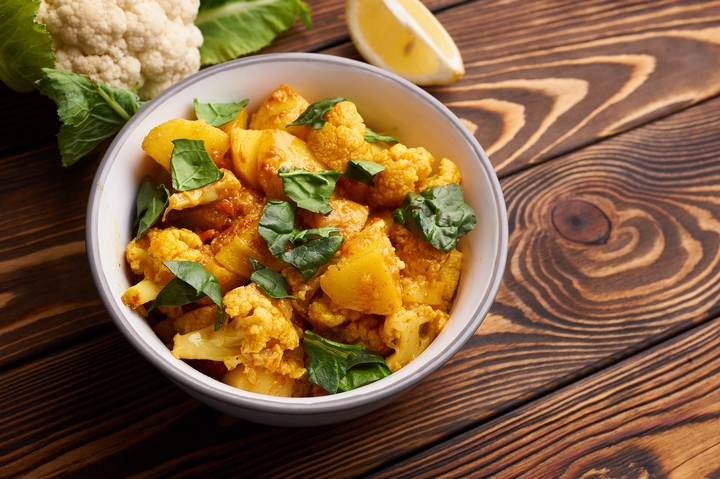 Aloo matar is a simple Punjabi vegetarian curry recipe that combines potatoes (aloo) and peas (matar) in creamy tomato sauce with garlic, ginger, onion, tomatoes, cilantro, cumin seeds and other Indian spices. In addition to homes and restaurants, Aloo mutar can often be found in Indian ready-made meal packet sold in many grocery stores. This curry is perfect to serve with naan, chapatis or wrapped as a roti. 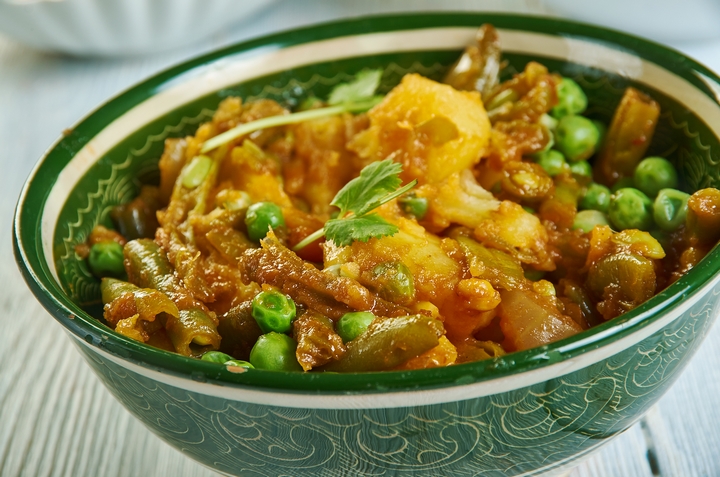 Another favourite of Indian restaurants, malai kofta brings together fried dumpling balls (kofta) with cream (malai). The kofta (dumplings) are typically made up of mashed potatoes, mix vegetables or paneer (an Indian cheese) and coriander, chilli powder, and garam masala. 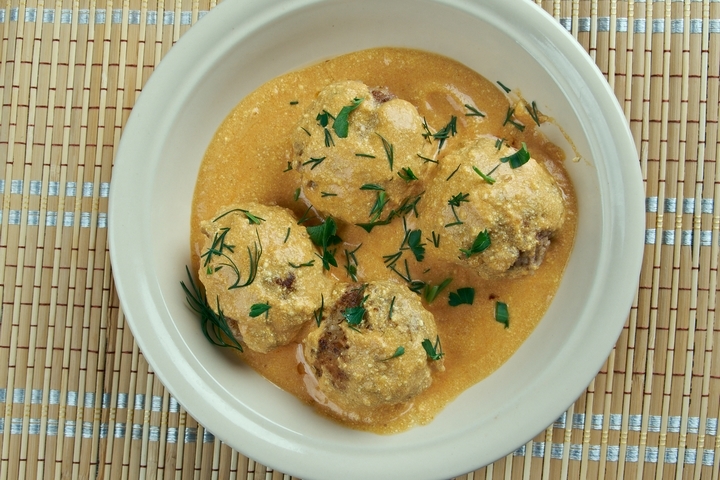 Popular as a snack or a full meal in India where it is sold by street vendors as well as in restaurants, chana masala literally translates as a “mix-spiced small-chickpeas.”  Made using chana-type chickpeas in a tomato-based sauce, chana masala can be a touch spicy with notes of a sour citrus that result from the combination of coriander, coriander seed, and onion. 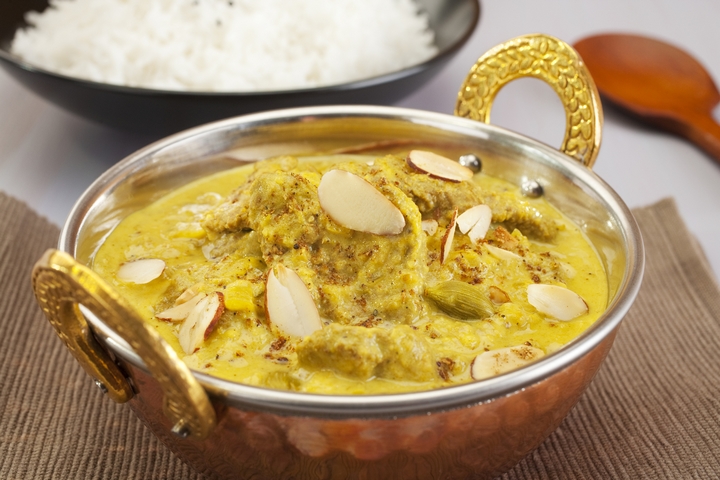 Pasanda is a very popular meat dish originally from the North Indian region that had been part of the Mughal Empire, where it was a favourite of the emperors. “Pasanda” is a variation of the Urdu word for “favourite,” referring to the meat coming from the best cut.

Pasanda can be prepared using leg of lamb or goat, or even prime beef rib, chicken or shrimp, with the meat flattened into strips, marinated, fried and seasoned with onions and spices that may include coriander, chillies, cinnamon and black pepper. Typically served with rice or naan bread. In some places, Pasanda is served on a kebab as street food.

9. Biryani AKA Pilaf (vegetarian or meat) 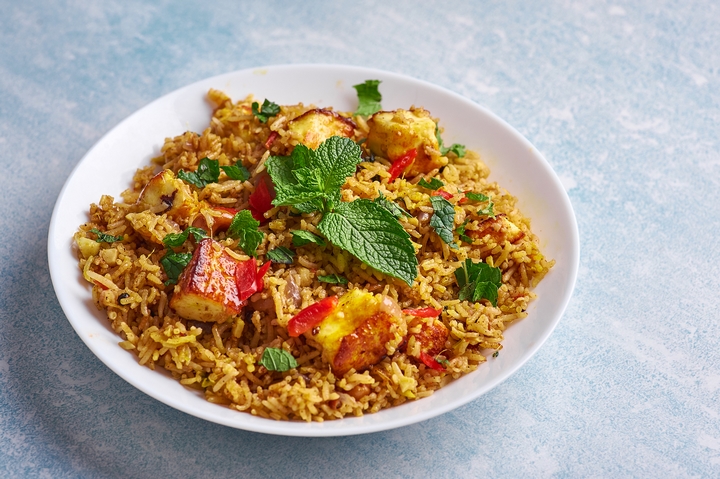 Served as main or as a side replacing rice, biryani is a mixed rice dish with spices, vegetables, meats or seafood. This is a famous Indian food dish that many natives and tourists will love. 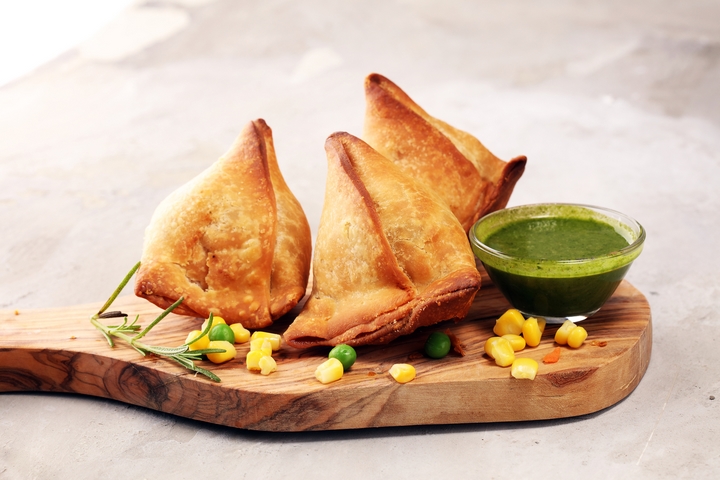 Baked or fried flour pockets filled with potatoes, onions, peas, coriander, and lentils, samosas are a tasty Indian snack or appetiser. There are many varieties in shape and filling, including many meat varieties.  Samosas may be served with served with a chutney, tamarind or mint sauce. 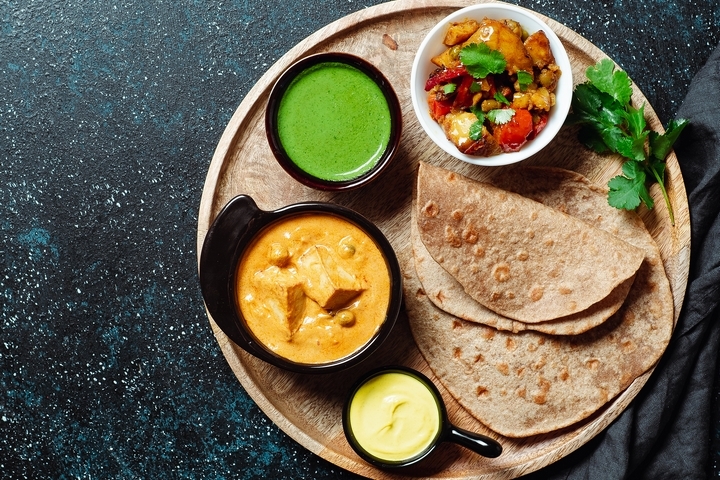 A staple in Indian cuisine, chapati is an unleavened flatbread made from whole wheat flour, salt and water. 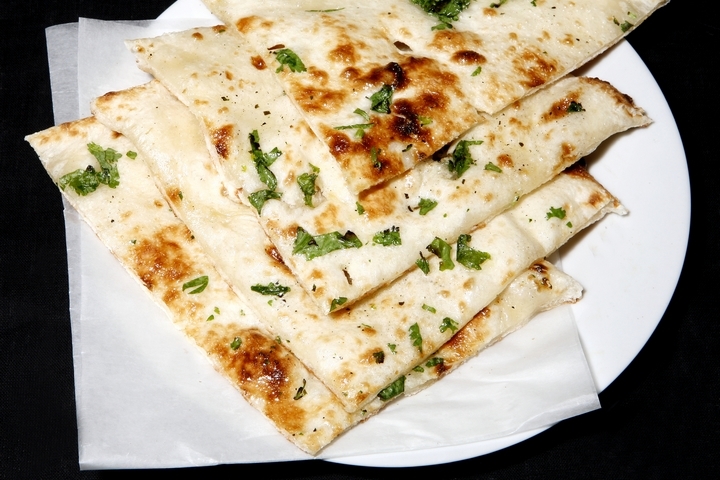 A staple in Indian cuisine, Naan is leavened, Tandoori oven-baked soft flatbread made from refined wheat flour that is served warm alongside a meal.